Looking for a desktop support engineer in Columbus. Start part time moving to full. Message me for details #jobs

It all started with that Tweet. I was wanting to move back to Columbus and after a few phone conversations and an in person interview, I was all but rejected by Josh. Thankfully @ginger_spray brought Josh to his senses, (he was an hour late to our interview afterall), and they hired me. PS - I still love you Josh!

In October of 2012 I started a job for Carenection, who had just become one of the earliest Nutanix customers. Originally the job was supposed to be a Desktop Engineer, but very quickly became Virtualization Engineer. During the initial datacenter tour, I remember @joshobrien77 saying, “And this is our Nutanix box.”, meanwhile I was thinking, what’s a Nutanix?

After a few months of working there, I quickly realized how transformative HCI could be. It made my job as a virtualization admin easy and was quite cost effective for our business. Over the couple years I worked there I made several calls in to support, almost always getting @laurajordana22 on the other end. She was always helpful and got the job done efficiently. Eventually though, Nutanix grew, the support team grew, and I started to have to talk to other folks as well.

A couple years into working at Carenection I was fried. Late nights, on call, shitty application vendors, all added up to me needing out. So, I started talking to my Nutanix SE at the time, @shirazlall, and now my best friend, if there were any openings at Nutanix. I originally thought I’d want to work in Support, but they weren’t hiring remotely, so I took the only role open in the area, SLED SE.

A quick note here for a few folks that felt burned at the time, I sought Nutanix out, not the other way around. ;)

I can’t stress this enough, I didn’t know what SLED was. Oops. But I got in the door and started to figure out the ropes. Big thanks to Jay Gregg who took a chance on hiring me and mentoring me through the first 6-9 months. It was a rough transition from Customer to SE.

I covered 10 1/2 states with @sawelch1999 and became Executive Platinum on AA in a matter of 6 months. I’m not sure we got a lot of selling done, but we certainly evangelized like crazy. Everyone we talked to had never heard of HCI, let alone Nut-A-Nix - surely we were a breakfast cereal. 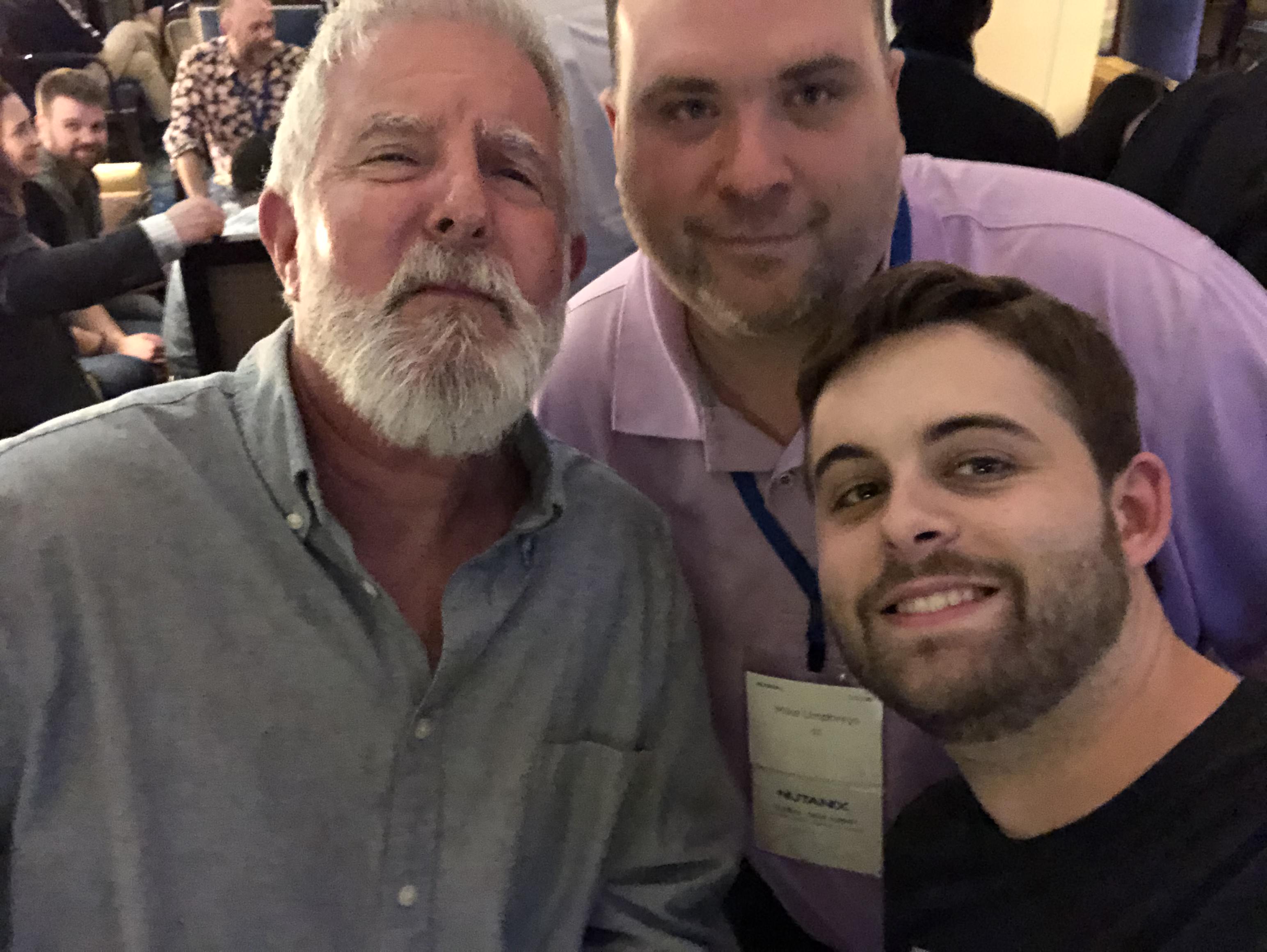 Our territory slowly began to shrink as the SLED team grew. Along the way I started to get to know amazing folks like @Jadair_Nutanix, @convergednutant, @wolfbrthr, @vPeteWalker, and so many more. Pete Walker has always been there for me. Always there to lend an ear when I have a problem or want to shoot the shit, and there to root for me and give me the confidence I need to move forward! <3 you Pete! The SLED SE team was close and we built a really great Slack culture, since we were a geo-distributed team.

I worked in the same role for 5 years at Nutanix, servicing SLED customers of all sizes. I had 6 different managers during those five years, mostly because of the crazy growth we were going through. I worked for Mark Benson twice, in the same capacity! Big shout out to Mark Beaudreault for believing in me and really pushing me for promotions! Eventually I ended up being partnered with @tlambke and we had a blast together traveling around and getting to know our customers.

Something I’ll never forget is Business Critical Apps training in Amsterdam. I spent a week getting my mind melted by Michael Webster, Josh Odgers, Bruno Sousa, Derek Seaman, Kasim Hansia, Magnus Andersson, and a few others. By far, one of the most important trainings, and hardest, I’ve ever taken.

Eventually I tired of the SE life and was told by @ampnh603 that the TME team might be a good place for me. So I reached out to @strangetangent to see what the role would look like. He walked me through everything and it excited me to know what all the TME team was doing and was looking to do in the future.

In December 2019 I joined the TME team covering Nutanix Objects, working for @mcghem. It was a crazy learning curve to figure out what parts of PSM was responsible for what, who I needed to work with to get things done, and to do so in a 100% self-driven way. Our TMEs are directly in charge of their products and the workload to support them, a big change from the weekly root canal in SFDC that you get in sales!

I really want to thank Paul, Mike, and @gregsmith1248 for all of your support when my wife was sick literally the first month I was on the team!

I also want to thank @dheeraj for working so hard to build an amazing company with such great culture, not to mention remembering who I was from our Twitter interactions when he saw me in the New Hire class. That meant something. @sudheenair, I will always remember sales training with you and watching you interact with Mike Umphreys, I still laugh thinking about how that conversation went on. That, and our shared love of Lulu Lemon slacks!

There truly are far too many amazing people that I got to work with on a daily basis to mention them all here. Each and every person at Nutanix made an impression on me and I will miss you all. Who would have thought that one Tweet can influence almost ten years!

I love you all!